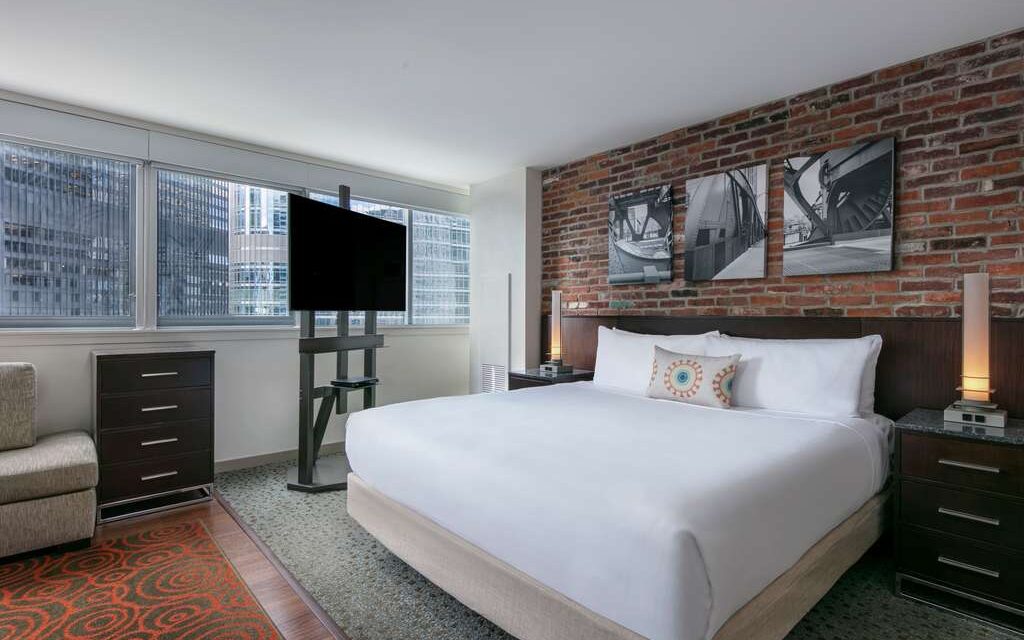 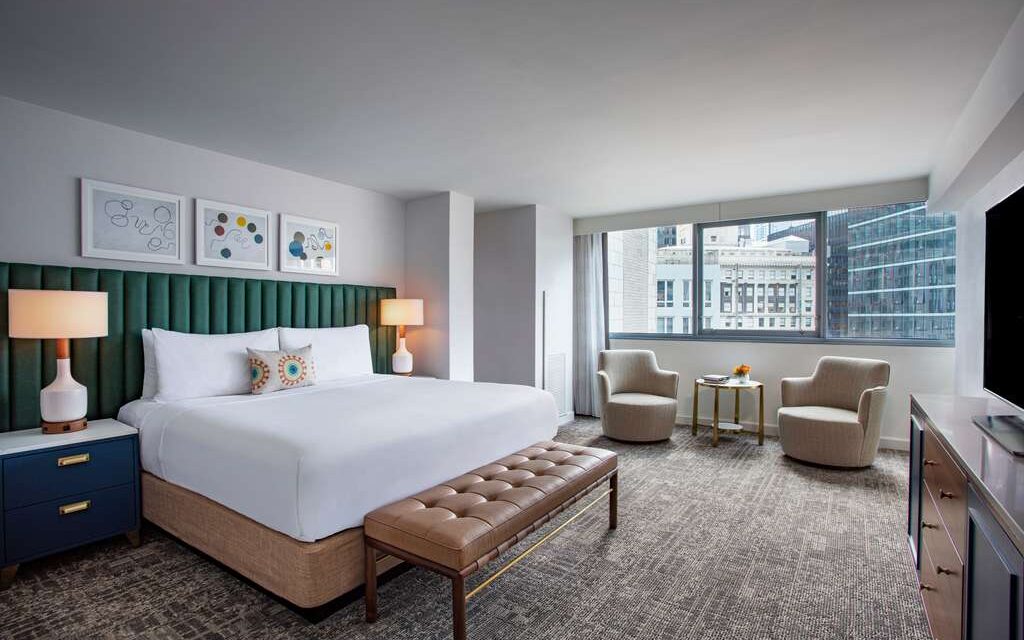 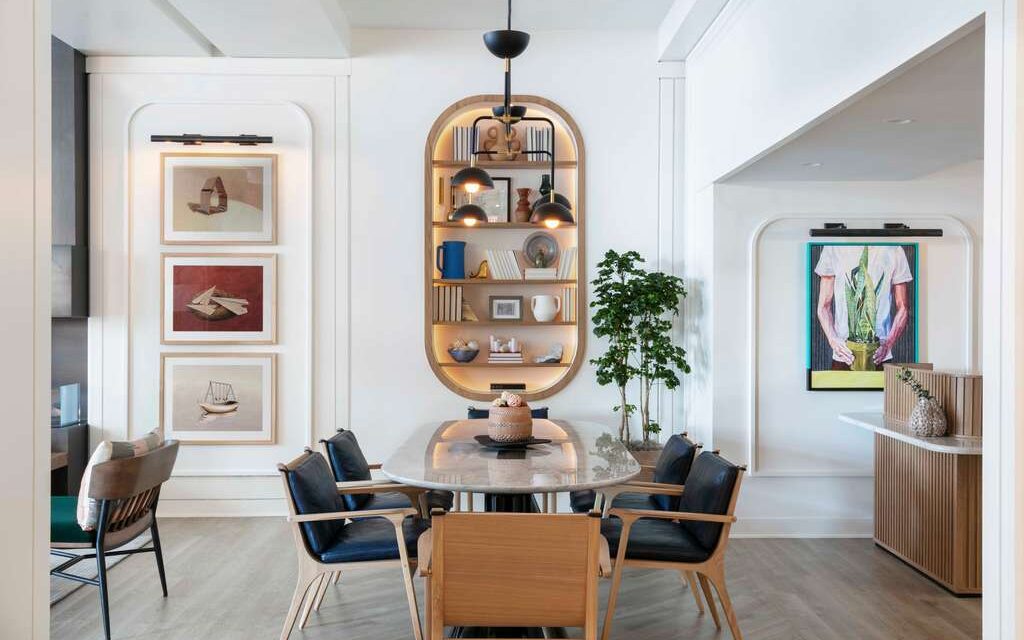 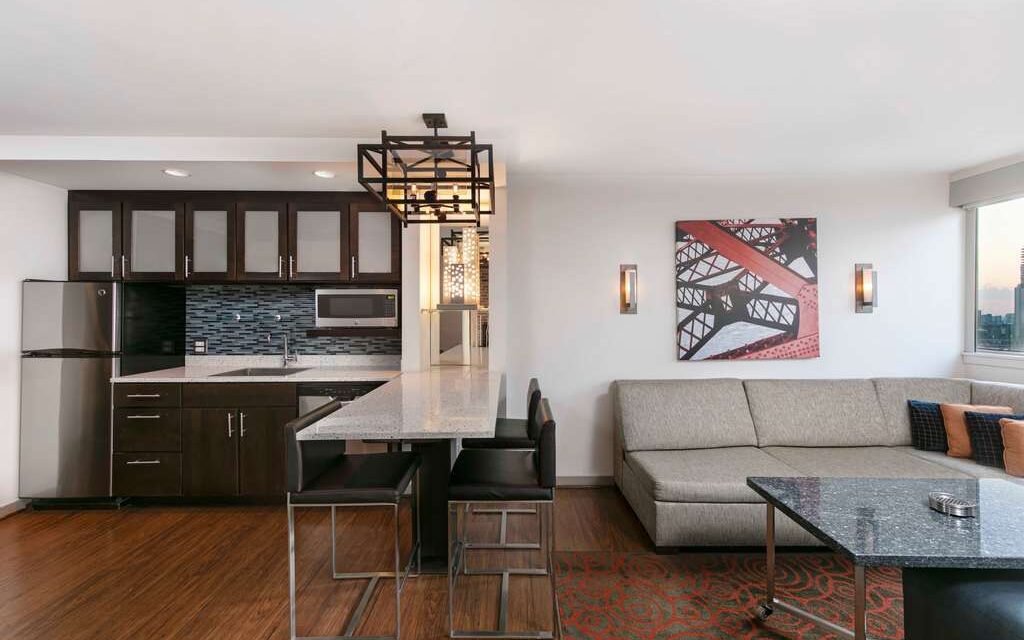 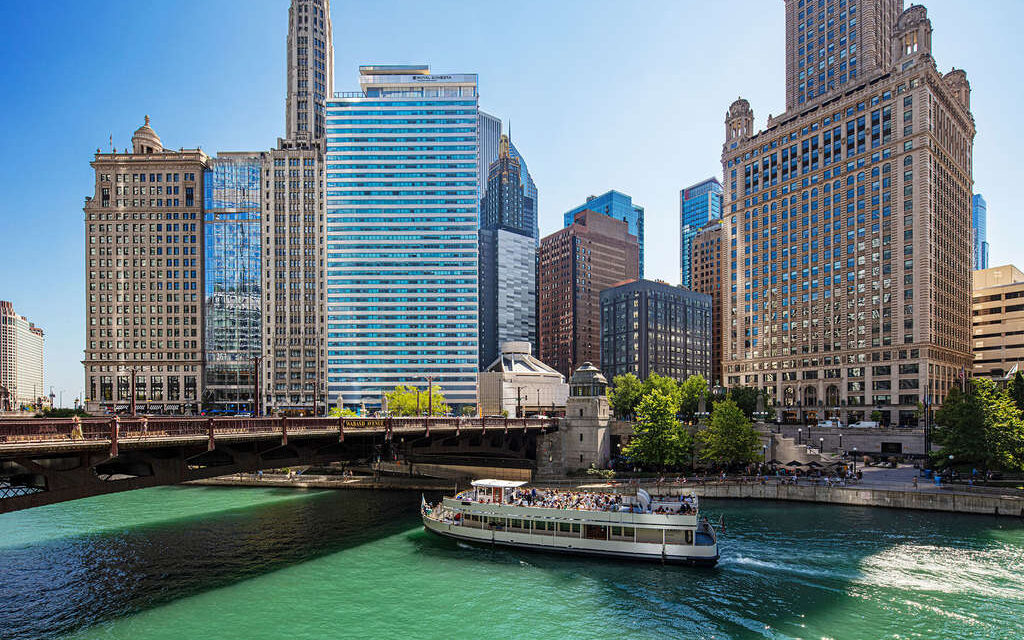 CHICAGO (Oct. 2021) — Royal Sonesta, one of the fastest-growing hospitality companies in the U.S., is proud to relaunch Royal Sonesta Chicago Downtown after a nine-month, $50 million renovation. Located at 71 E Wacker Drive in the heart of downtown Chicago, Royal Sonesta and its design partner, The Gettys Group, approached the hotel with a residential design to inspire business and leisure guests alike with a fresh perspective on travel. More than just a renovation or a design refresh, the finished project across the hotel’s 381 guest rooms, common areas, private event spaces and penthouse rooftop ballroom and terrace intends to reimagine the modern traveler experience.

“The new design of Royal Sonesta Chicago Downtown is truly refreshing from the moment you enter the lobby,” said Area General Manager, Paul Cardona. “Every aspect of the hotel was taken into consideration to change the way our guests interact with the space, and with the city. From world class amenities to spacious rooms and over 80 suites, the hotel appeals to the varying needs and desires of leisure guests as well as business travelers.”

With a light and airy design channeling warmth and midwestern hospitality, the hotel welcomes guests to the ‘Wacker Drive Living Room’—a bright, urban living environment at the cross-section of the Chicago River and the famed Michigan Avenue. Royal Sonesta and The Gettys Group approached the project in a layered fashion, developing a style that highlights Chicago’s diverse culture and is not overly feminine or masculine. The reflection of the bustling city and calming river against the hotel’s glass-clad exterior inspired the hotel’s interior transformation. Cool tones of blue and green can be found throughout Royal Sonesta Chicago Downtown in addition to pops of yellow and orange, reminiscent of the glittering towers outside.

The use of subtle architectural details and playful artwork are intended to simultaneously make a guest feel at home, while invigorating them to step outside and take in everything the Windy City has to offer. For example, the architectural arch details found in the lobby soften the robust, original columns, while paying homage to the classical structures throughout the Loop and Chicago’s beloved “corn cob” towers, visible through the front windows. Additionally, the reception pods were inspired by the design motif found on some of Chicago’s bridges, reinterpreted to connect the traveler to today’s modern world. The team also worked with Kevin Barry Art Advisory to incorporate thoughtful pieces into the design, including the dramatic custom piece in the lobby featuring rolled paper in shades of blue and green reflecting those found in the river, plus at the elevator landing where a piece featuring a chimpanzee from the Lincoln Park Zoo gazes across the hallway to another piece of an old-worldly gentleman.

Boasting 300 oversized guest rooms and 81 suites across 29 floors, Royal Sonesta Chicago Downtown has no shortage of breathtaking riverfront and city views. With standard guest rooms averaging 400 square feet—double the size of a standard 220 square foot hotel room in Chicago—the accommodations were created with work, life and play in mind, intended to make the hotel stay feel like a home away from home, including space for the necessary remote workday, a prerequisite of the evolving American workforce. The simple colors and design used throughout the hotel’s common spaces are carried into each of the rooms and lead the guests’ eyes to take in the incredible view of Chicago, instilling a sense of excitement and inspiration.

The 154 king rooms, 146 queen-queen rooms and 81 different suites all received upgraded features fit for the modern traveler like custom nightstands fitted with convenient technology and special drawers that pull out to offer extra surface space for devices. 20 percent of the hotel’s inventory consists of suites, including one-bedroom, two-bedroom and even family style suites featuring bunkbeds. The variety accommodates a range of travelers’ needs and lifestyles— some suites even include a Peloton bike for the fitness enthusiast. A distinct difference in all of the guest rooms is the addition of a multi-purpose dining zone instead of the traditional desks commonly found in hotel rooms. The change allows the space to cater to a variety of travel styles and needs. Other updates include 65” Samsung TVs, eco-friendly thermostats, LED lights, walk-in showers as well as new coffee makers and mini-fridges in each room.

With over 16,000 square feet across 18 meeting spaces, Royal Sonesta Chicago Downtown is uniquely equipped to accommodate a variety of meetings and events. The jewel of Royal Sonesta Chicago Downtown’s event spaces is a stunning 39th floor Penthouse Ballroom with a 360-degree view of the Chicago skyline. Boasting an impressive 2,100 square feet of interior space with an extra 1,600 square feet of outdoor terrace space, the rooftop is a premier spot for weddings and other gatherings in the heart of Chicago’s downtown. The elegant and sophisticated mix of meetings spaces can host groups from 10 to 350 people whether it be for business meetings or celebrations, all with the help of a dedicated convention services team. Hoyt’s American Tavern, found on the first floor off of the lobby, offers attentive service and delectable, Midwestern tavern cuisine infused with cosmopolitan flair and is available for dine-in eating and room service.

Royal Sonesta Chicago Downtown, located in the heart of downtown Chicago alongside the iconic Chicago River, puts you in the cultural epicenter of the Midwest. With a refreshed design focusing on simplicity, warmth and comfort, the hotel instills a sense of exploration in its guests by subtly incorporating elements of Chicago throughout the hotel. Meant to feel like a home away from home, the 334-room hotel boasts spectacular city and riverfront views with some of the largest guest rooms in Chicago. Thoughtful touches, midwestern hospitality and a prime location inspire guests to connect, transform and be well during their stay. For more, visit Royal Sonesta Chicago Downtown’s website and follow @royalsonestachicago on Instagram and Facebook and @royalsonestachi on Twitter. 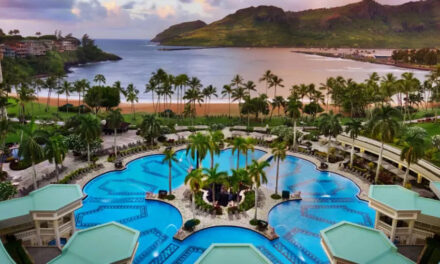 Sonesta Growth Continues with Addition of 88 Hotels to Portfolio 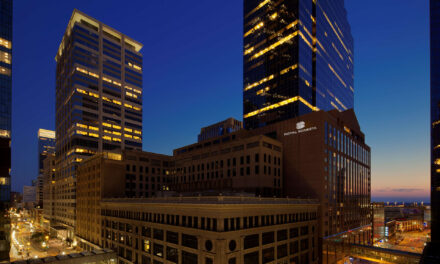 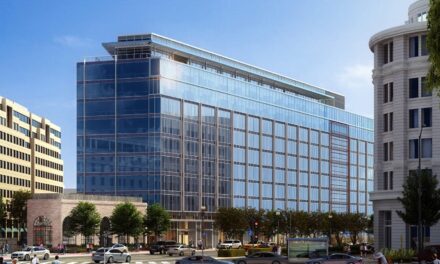 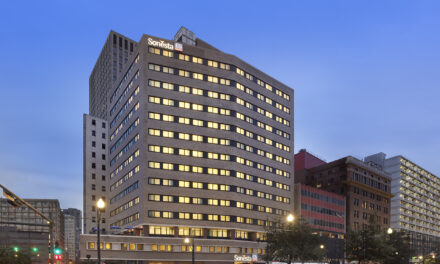